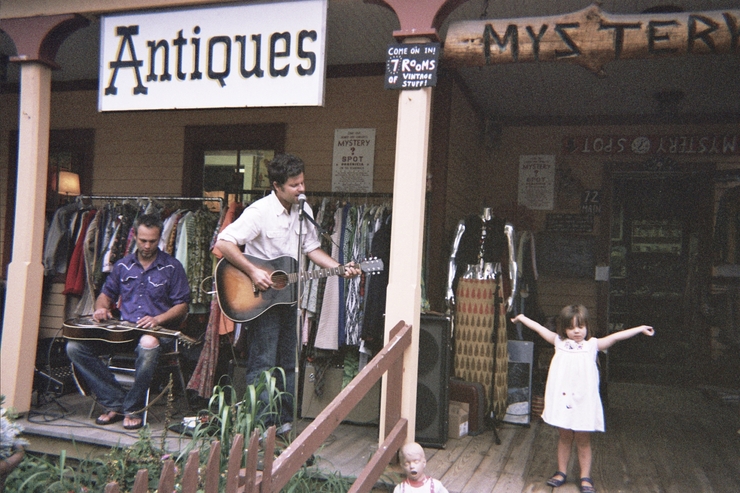 A few weeks ago Time Out NY sent me a disposable camera and invited me to participate in their photo issue, NYC in Pictures, a kind of day-in-the-life of New York project. As they put it, "We sent 83 photographers, artists and personalities a disposable camera and challenged them to capture the city as they see it, then asked them about their experience."

Since I was going to be upstate that weekend hosting a front porch concert at Homer & Langley's Mystery Spot, I figured I'd shoot the event. Two Dark Birds was performing, and I was captivated by the singer's three year old daughter, Iris, who was dancing in her own little world while her father played guitar.

Some of the other participants in the project are Drew Barrymore, Jonas Mekas, Sean Lennon, Frank Bruni, Godlis, Brigid Berlin, Tim Gunn, Maripol, Penny Arcade, and yes, I'll admit it, a lot of other people I hadn't heard of, but that's OK, because I'm sure none of them have heard of me either.

Topical: this 'n that