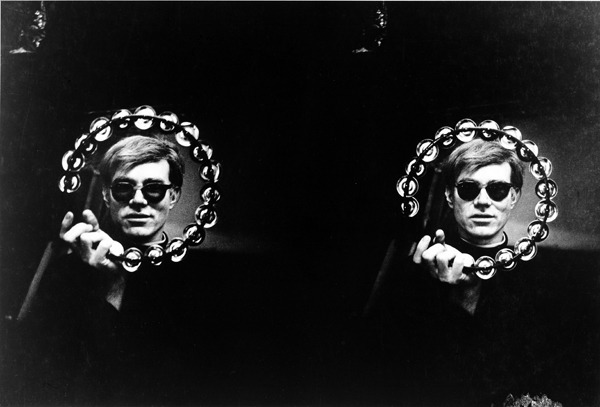 A year ago last spring a very interesting couple with a very large dog came into the Mystery Spot looking for me. They told me they had been referred to me by Gail Buckland, the curator of an upcoming photography exhibition at the Brooklyn Museum that we were both invited to be a part of. Their names were Elizabeth and Nat Finkelstein, and Bling (their Tibetan Mastiff). Over the next year and a half I got to know Nat and Elizabeth, who'd recently moved up from the city to Phoenicia. Visits to my shop and long porch-front chats became part of their weekend walks into the village.

Nat, as it turns out, had been a photojournalist working for Black Star and PIX. In 1964 he was sent to photograph Andy Warhol's Factory scene and stayed for three years. His collections of photographs of Warhol, The Velvet Underground, Edie Sedgwick, Bob Dylan, and the daily life of the Factory superstars was unparalleled in scope and depth. Many other interesting things happened to Nat in his life - a federal warrant (later dropped) necessitated him going underground and traveling the Middle East for thirteen years, camera in tow. He returned to the US in 1982 and once again immersed himself in photography stateside, publishing numerous books of his work and showing his work in galleries and museums around the world.

Finkelstein’s photographs are in the permanent collection of The Metropolitan Museum of Art, New York; the Andy Warhol Museum, Pittsburgh; The Victoria & Albert Museum, London; The Ludwig Museum, Cologne; Centre Georges Pompidou, Paris; and the Smithsonian Institute, National Portrait Gallery, Washington DC, among many other public and private collections. His work can be seen in upcoming exhibitions, including “Who Shot Rock & Roll” at the Brooklyn Museum this Fall, and a retrospective at Idea Generation, London in December 2009.

I'd most recently seen Nat and Elizabeth a few weeks ago, when they came by for Tommy Ramone's band Uncle Monk's performance on the front porch of The Mystery Spot. Nat of course, was working the entire time, shooting photos of the show. I was working as well, shooting photos of him and Elizabeth. Little did any of us know these would be Nat's final portraits. A few weeks later, Nat passed peacefully at his home in the mountains, his wife Elizabeth and dog Bling by his side. He was 76.

I'm sad that Nat won't be on hand to attend the opening reception later this month at the Brooklyn Museum for our exhibition, but his work will be there, and I'm sure that his wife Elizabeth will continue to make sure work gets the recognition it so well deserves.

You can read a lovely tribute to Nat written by Sara Rosen here and a tribute on his web page here.

With the kind permission of Elizabeth Finkelstein, I'd like to share with you some of my favorite images from his extensive archives. 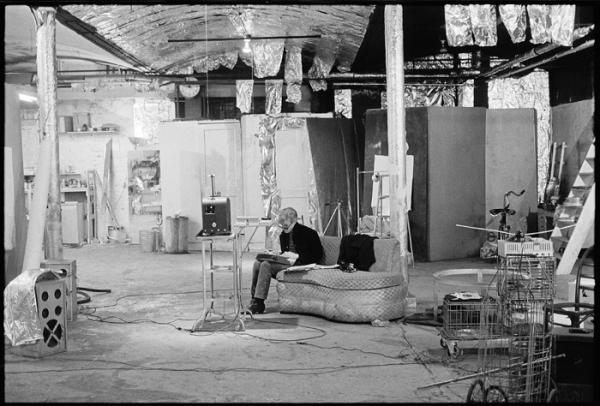 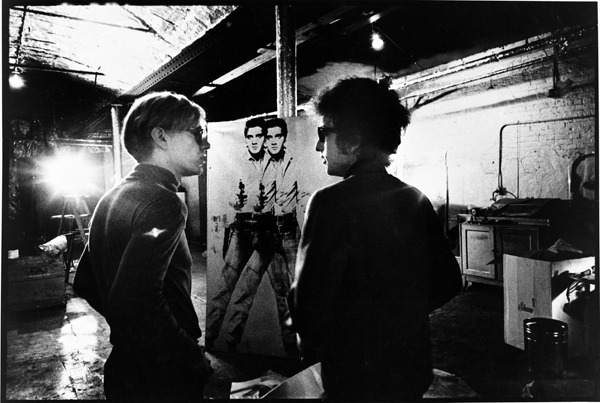 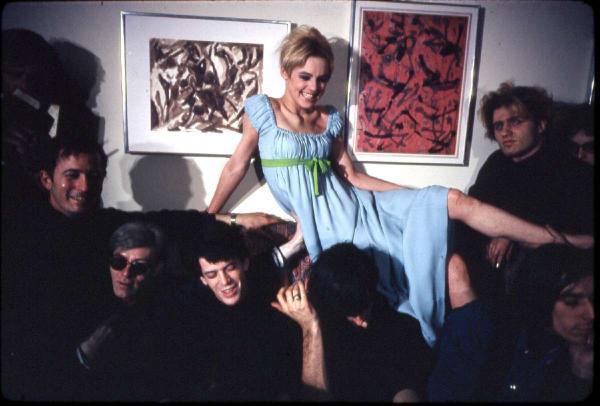 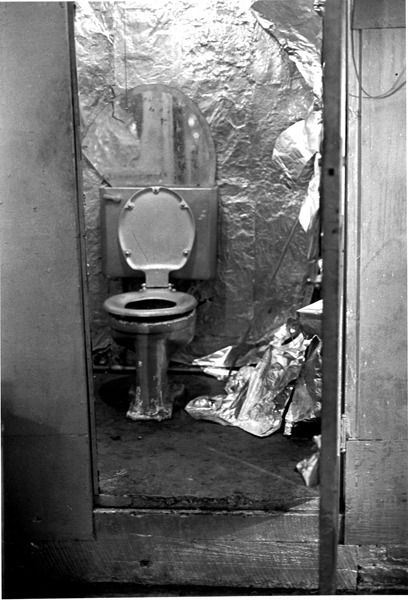 The toilet at the Factory © Nat Finkelstein 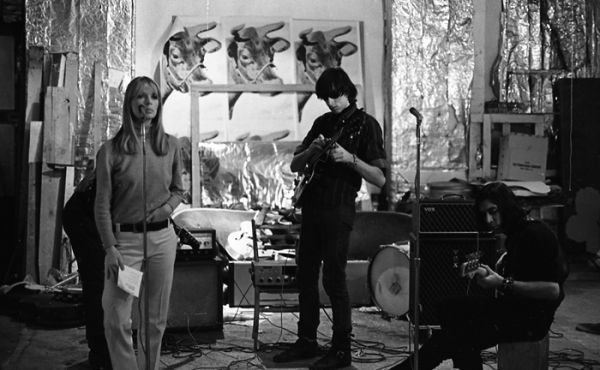 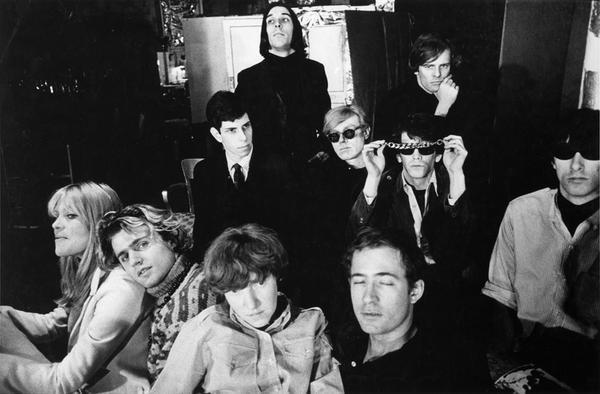 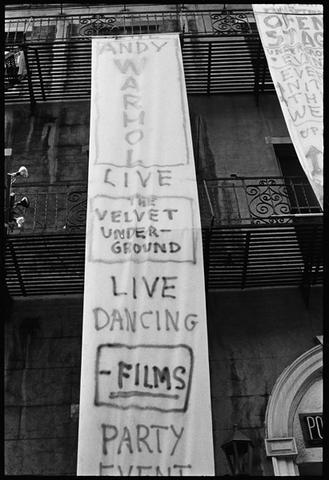 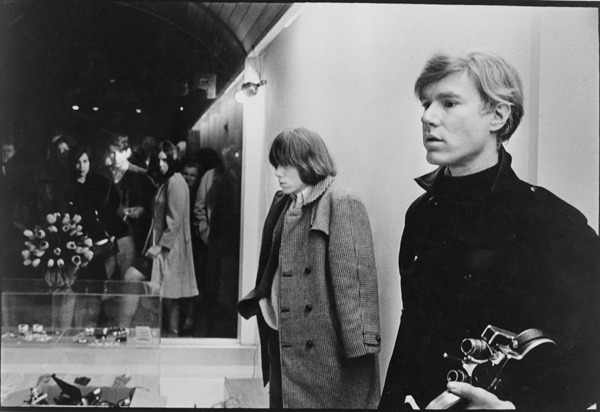 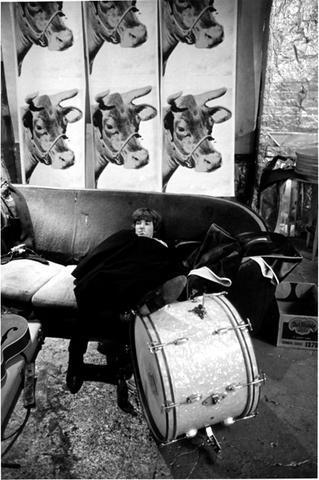 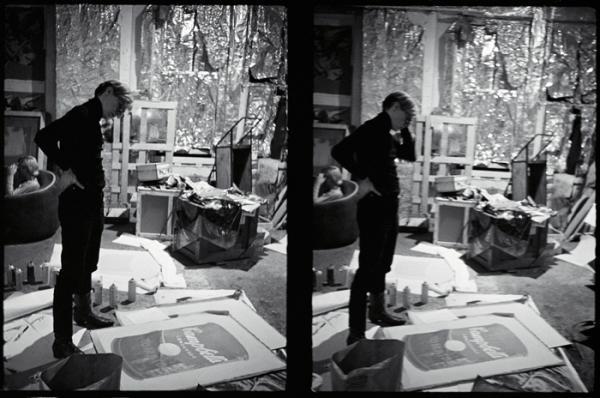 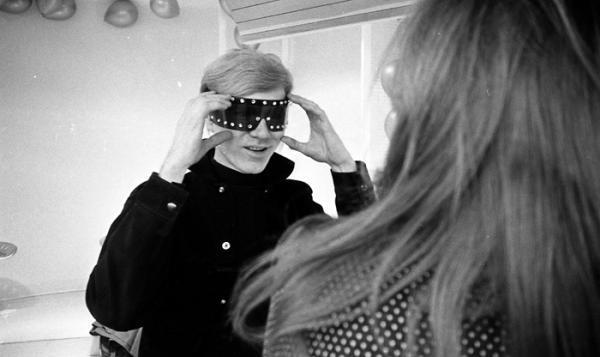 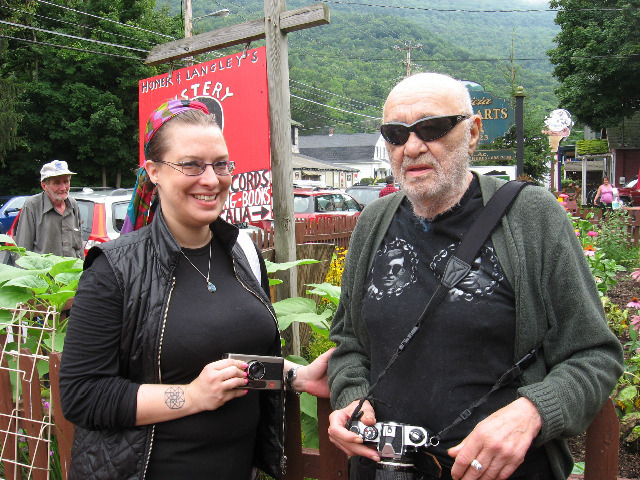