Whenever you get a bunch of photographers in a room together, eventually they're going to start shooting each other. It's just our way. We may have elbowed each other in the photo pit now and then in the past in order to get the best shot of whoever was performing onstage, but there's a great love and history and camraderie among us. Probably not too different from soldiers who served in the trenches together. If you think about it, there aren't too many of us.

So it was a great thrill to attend the opening of Who Shot Rock & Roll: A Photographic History, 1955 to the Present, the exhibition curated by photo historian Gail Buckland at the Brooklyn Museum the other night. Not just to see our work on the walls, and to hear Blondie perform in the Great Hall, but to have a chance to see each other again. As well as - for me, at least - to meet some of the legendary names I'd heard of for years but had never met.

Probably the biggest kick for me personally was to meet Al Wertheimer, the man who took what is in my opinion the best rock & roll photo ever. You know the one....Elvis Tongue Kissing the Girl on the Stairwell. Al told me that he'd had mere seconds to grab that shot of Presley and his fan in the dark fire stairs behind the stage. That image is so raw, and so perfect on so many levels. I just love it.

One of my favorite moments was catching Al Wertheimer and Daniel Kramer taking photos of each other. (Kramer took those iconic photos of Bob Dylan when he was at his most beautiful, in my opinion). And then, while I was shooting them shooting each other, photographer Danny Clinch started to shoot them as well, so I shot Danny shooting Dan shooting Al. This is what happens when there are no rock stars in the room - we become the portrait subjects for the night. We probably drove the museum guards crazy, as taking photographs inside the exhibition was verboten, but we weren't going to let a few rules stop us.

It was great to see my friends and colleagues Lynn Goldsmith, Ebet Roberts, Bob Gruen, Julia Gorton, Stephanie Chernikowski, and to spot Godlis, Roberta Bayley, and Marcia Resnick. I was so happy to meet Bob Seideman (who did THAT Blind Faith album cover), and to see Allen Tannenbaum, who, when he was photo editor of the Soho Weekly News back in the mid-70s, hired me for my very first professional photo assignment when I was sixteen (of a Leslie West/Mountain concert). I'm sure I missed a ton of peple I would've loved to have seen or met.

I was honored not only to have my work included in this exibition, but to be hanging in the same exhibit as Richard Avedon and Diane Arbus. (Arbus's work is what inspired me to become a photographer, when I was fourteen).

The reception was great fun - hot dogs, popcorn, pretzels, beer and wine. Blondie (Debbie Harry in a jet black flapper pin curl wig) were amazing. The Great Hall was packed. Thousands of people standing among art and antiquities as Blondie rocked the house. My friend Chris Stein of Blondie had two of my favorite pieces in the show, crazy fumetti he did with John Holstrom for PUNK magazine.

The show runs through January 31, 2010 and then goes to four other museum after Brooklyn. I know I'll be going back for another visit, as there was so much to take in.

(By the way, in conjunction with their inclusion in the show, I'm offering archival pigment ink prints of my Bjork and R.E.M. images at a special celebratory price through the holidays - click here for more info.) 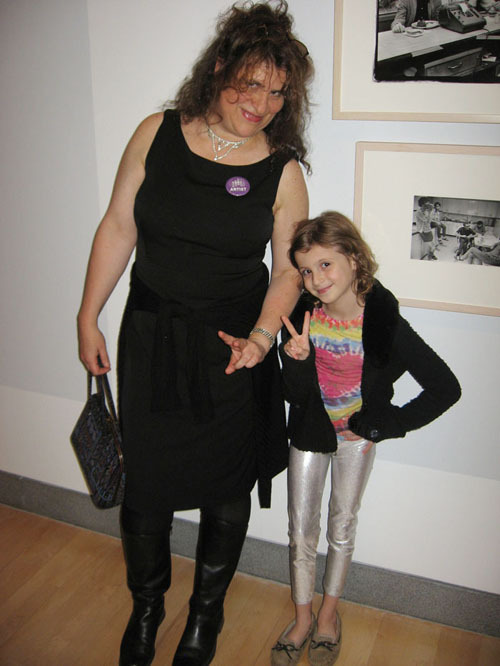 My eight year-old cousin Anna was THE rockstar of the evening. When the invitation says "rock & roll attire encouraged," she does NOT mess around! 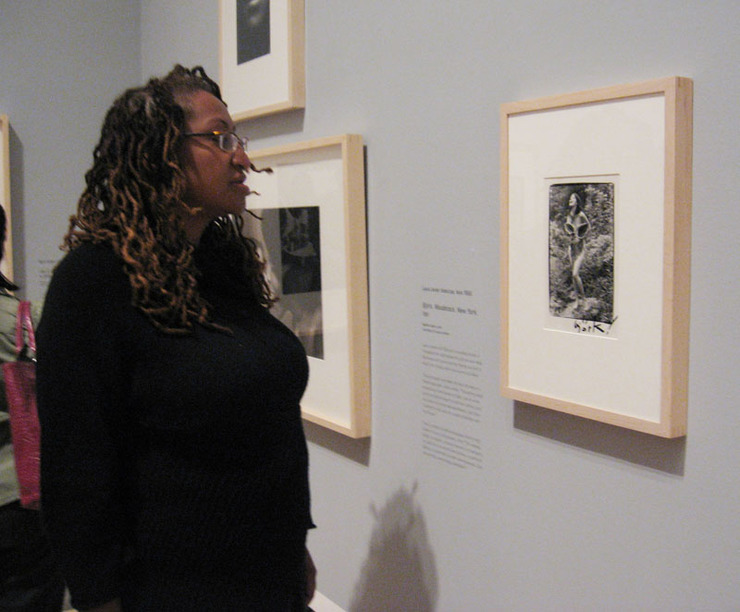 My dear friend Lisa Cortes checks out some of my work. The curator of the show tried to include as many vintage prints as possible, so she chose this 8 x 10 personal print that was hanging on my wall - one that Bjork had signed to me - as opposed to a larger "gallery" print. 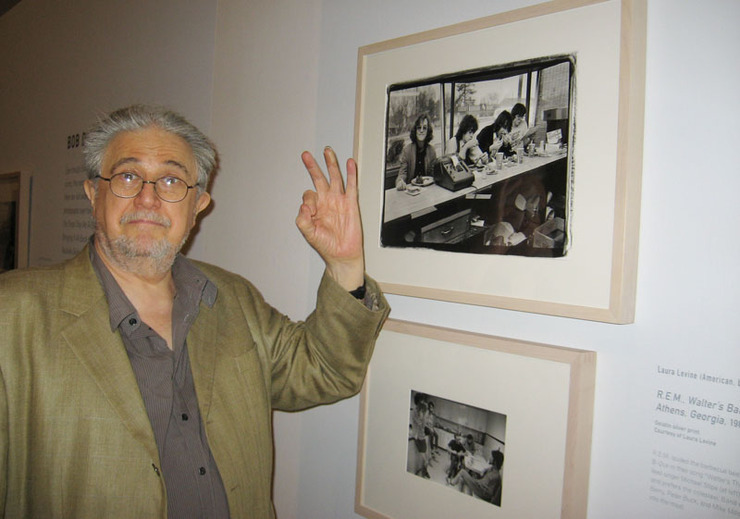 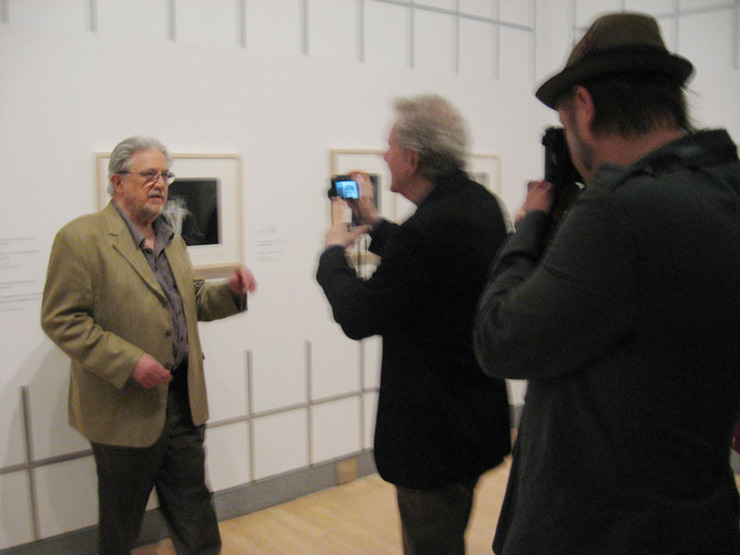 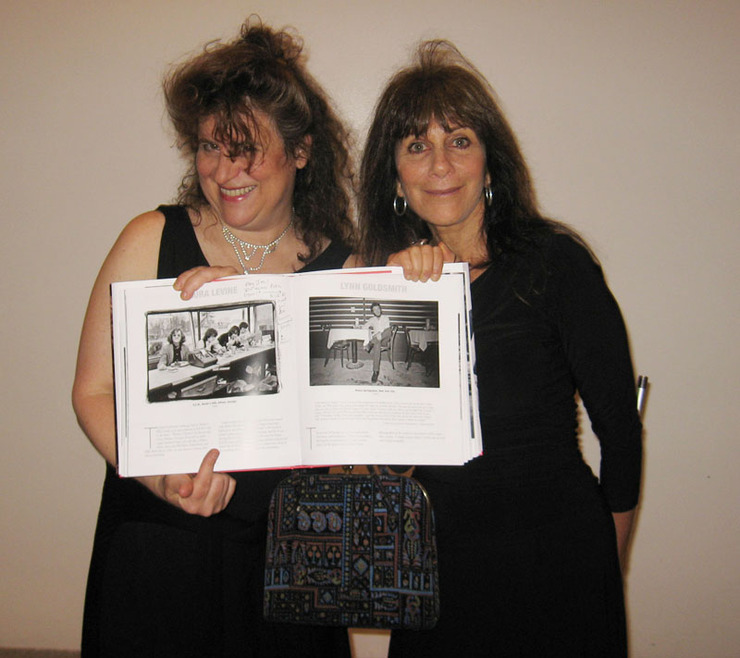 I was so happy to see my good friend Lynn Goldsmith, and we celebrated the fact that our pages in the book are across from each other. 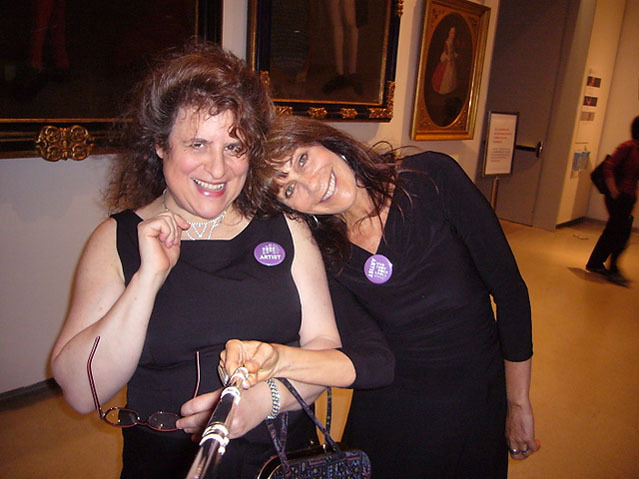 Lynn has this crazy-ass Camera-Extendo-Arm on her camera so was able to shoot self-portraits of us. 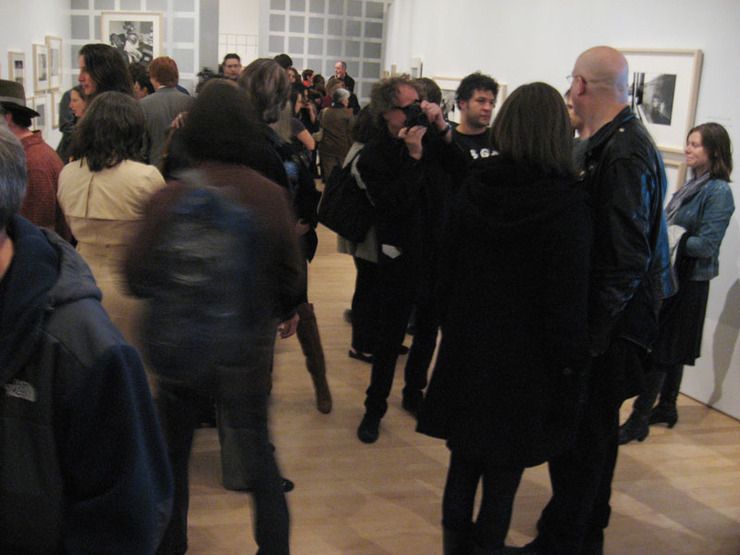 This photo doesn't even start to depict how packed it was. 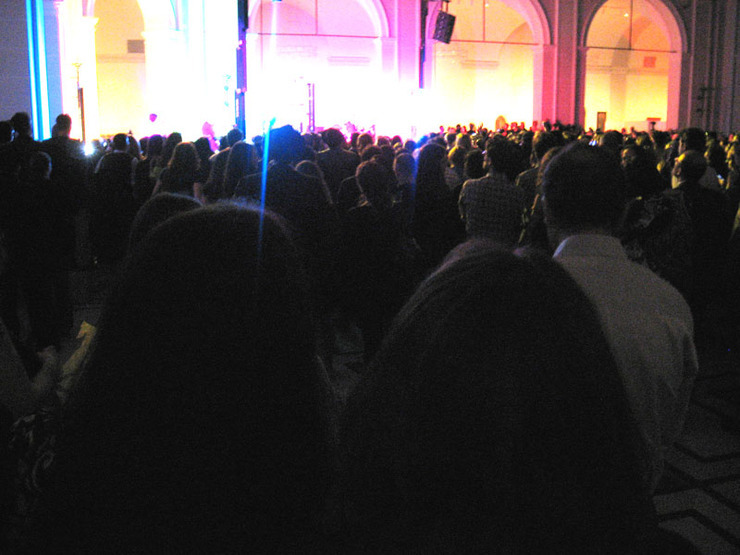 This comes closer. Somewhere up there onstage is Blondie. 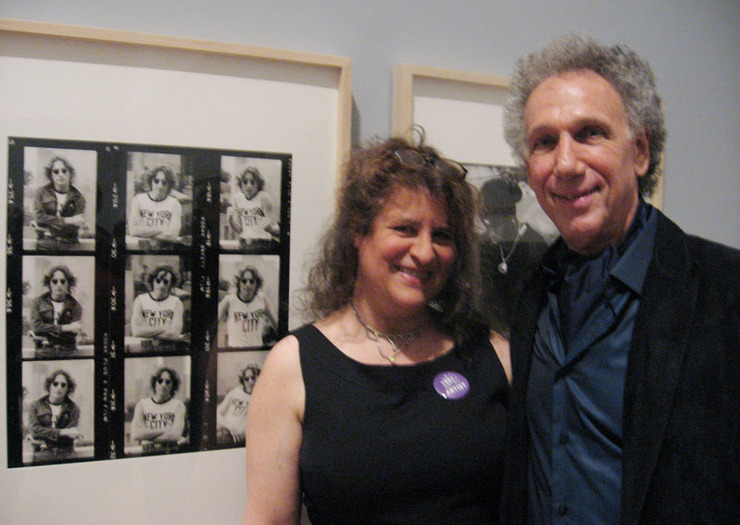 Me and my friend Bob Gruen in front of a partial contact sheet of his famous John Lennon portrait. One of the most interesting things about the exhibit was the behind-the-scenes stories of the photographs. For example, Bob shot four rolls of Lennon that day but two rolls were lost. The famous image of Bob Dylan and Suze Rotolo walking down Thompson Street by Don Hunstein? The original slide has long disappeared. 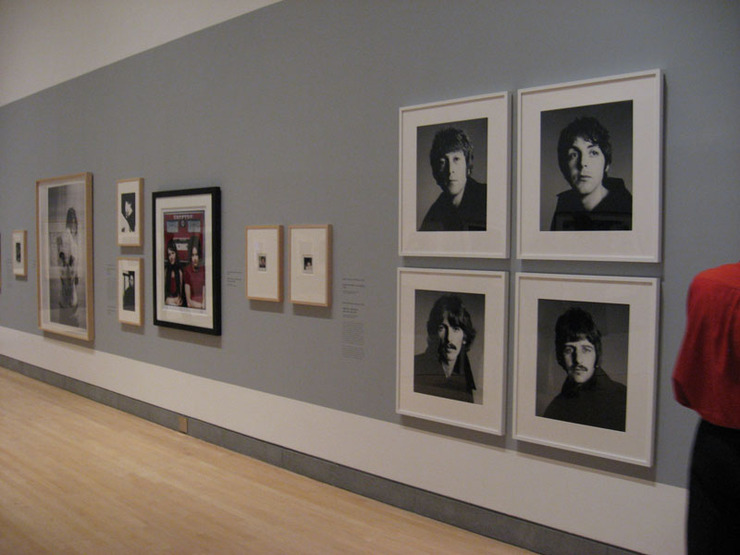 Proof that my work is on the same wall as Richard Avedon's! (My Bjork is far left, his Beatles are far right). 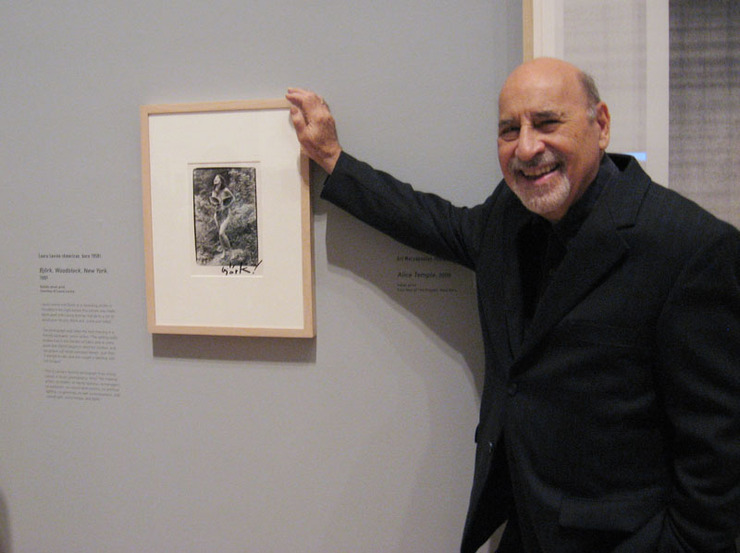 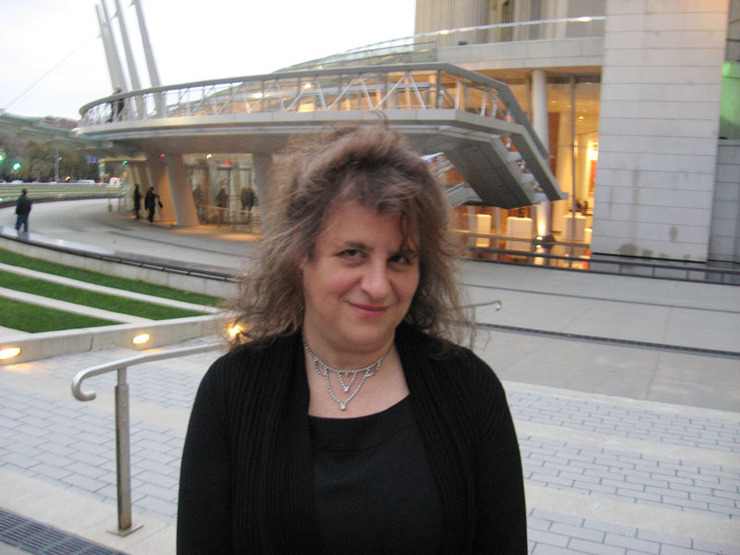 Me outside the Brooklyn Museum.
Topical: gallery head's up!